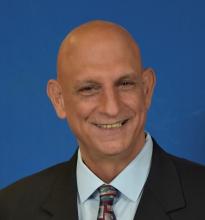 Aharon Aharon is the CEO of the Israel Innovation Authority, an independent public entity that operates for the benefit of the Israeli innovation ecosystem and Israeli economy as a whole. Its role is to nurture and develop Israeli innovation resources, while creating and strengthening the infrastructure and framework needed to support the entire knowledge industry.

In 2004, Aharon co-founded Camero, a startup company developing through-the-wall micro-power radars for the defense and HLS markets. He served as the CEO and Chairman of the company, which was acquired by the SK group in 2010.

From 2003 till 2010, Aharon served as an active Chairman of the Board at Discretix, a startup company providing solutions for data security in mobile phones and hand-held devices. Discretix was acquired by ARM in 2014.

Aharon managed Seabridge, a wholly owned subsidiary of Siemens. As CEO, he oversaw the successful turnaround of the company.

Aharon served as COO of Zoran (NASDAQ: ZRAN) in Silicon Valley, managing all aspects of company activities along with the financing of development of chips for consumer electronics markets.

Aharon began his professional career at the IBM Research Division in Haifa, Israel, where he spent 14 years and held a number of senior management positions including Deputy Manager of IBM Research’s Haifa operations.

Aharon holds a B.Sc and M.Sc in Computer Engineering and Electrical Engineering respectively from the Technion, where he lectured for more than 15 years (1983-1999).