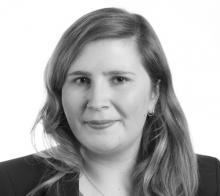 Claudia Wagner is a Researcher on the Tech Against Terrorism Project, a project initiated by the UN Counter-Terrorism Directorate (UN CTED) in 2016. Prior to this project, Claudia worked in the Moscow office of Human Rights Watch, researching limitations to freedom of speech and violence against women. At the European Union Delegation in Moscow, she focused on human rights and the North Caucasus. Claudia earned her bachelors in Russian with Politics and Economics at University College London and her Masters at the School of Foreign Service at Georgetown University in Washington DC.