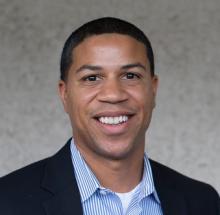 Having served as Indiana Chief Information Officer since October 2015, Dewand Neely was re-appointed by Governor Eric J. Holcomb in January 2017 to continue serving in the same capacity.  Dewand first joined Indiana state government in 2003.  Shortly after, he was asked to be one of the initial employees to join the newly created Indiana Office of Technology to help assist with the statewide IT consolidation efforts. He has spent the last decade with the Office of Technology and has held several other managerial roles in the office.

Neely received his undergraduate degree from Purdue University’s School of Technology and his MBA from Indiana Wesleyan University.