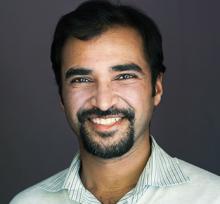 Dr. Zulfikar Ramzan serves as the Chief Technology Officer of RSA, the Security Division of Dell EMC. In this role, he is responsible for leading the development of the company's technology strategy and bringing to market the innovations that help protect RSA customers from the growing number of advanced threats. Prior to joining RSA, Dr. Ramzan served as Chief Technology Officer of Elastica (acquired by Blue Coat) and, preceding that, as Chief Scientist of Sourcefire (acquired by Cisco in October 2013). Before joining Sourcefire via its acquisition of Immunet in 2010, he was Technical Director of Symantec¹s Security Technology and Response division. In  these roles, Dr. Ramzan has leveraged his expertise across numerous domains of cybersecurity and large scale data analytics to protect customers from a large variety of threats to their information assets.

Dr. Ramzan has co-authored over 50 technical articles, and two books including Crimeware: Understanding New Attacks and Defenses, Addison-Wesley Professional, 2008. He also has over 50 granted patents.

Dr. Ramzan was selected and served as General Chair of Crypto 2010, the premier conference in the field of Cryptography. Beyond that, he is a frequent public speaker and has briefed both numerous media outlets including the New York Times, Wall Street Journal, Associated Press, and Reuters as well as members of the United States Congress on cyber-security trends and issues. Dr. Ramzan has produced a number of online videos on cybersecurity trends that have collectively been viewed over a million times and he has served as a guest faculty for the educational non-profit Khan Academy (khanacademy.org).