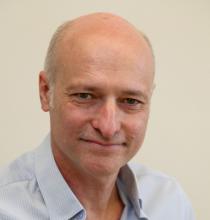 IPC is responsible for the development of Israel’s commercial seaports, including the construction of two new container terminals in Haifa and Ashdod and the Israeli Port Community system (IPCS).

IPCS introduced several advanced digital solutions to the Israeli maritime trade community, for which IPC received a number of IT awards from the International Association of Ports and Harbors.

Benmoshe, holds B.A. in computer science from the Open University as well as M.B.A. from Ben-Gurion University. He joined the IPC in 2007 and has held several positions in the company's IT Department as manager of maritime community applications, manager of IT infrastructure and security and has also served on the company's board of directors.