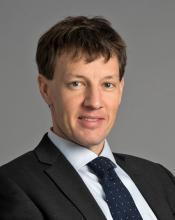 Appointed by Mayor Bill de Blasio in February 2017, James Patchett is the President and CEO of the New York City Economic Development Corporation (NYCEDC), the City's primary vehicle for promoting economic growth in each of the five boroughs. Since assuming office, one of his key initiatives has been Cyber NYC, a $30 million investment which will help catalyze the growth of New York City’s cybersecurity industry.  Once complete, the initiative will include a Cyber Center, a physical space for industry convening and workspace for startups, Talent Partnerships, cybersecurity job training opportunities for New Yorkers, and Academic Innovation Exchanges, programming to support the launch, growth, and commercialization of academic-based cyber research.

Before his transition to NYCEDC, Mr. Patchett was pivotal in securing many of the Mayor’s signature affordable housing achievements and was one of the de Blasio administration’s chief negotiators on major land use matters. As Chief of Staff to Deputy Mayor for Housing and Economic Development Alicia Glen, Mr. Patchett worked on some of the City's key economic development initiatives. Prior to entering government, Mr. Patchett served as Vice President of the Urban Investment Group at Goldman Sachs where he helped finance a variety of real estate and economic development projects across the country. He previously worked as a consultant, assisting public and private organizations with economic development projects. Mr. Patchett holds a BA in Economics from Amherst College and an MBA from Stanford University.