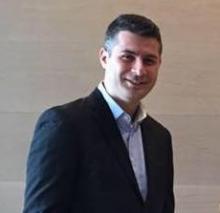 Joseph (Yossi) Tal is a Business Unit Executive in IBM Security. Leading the worldwide X-Force Threat Intelligence and GDPR Products Offering. IBM the largest enterprise security company in the world, with revenues of $2B and over 8,000 employees.

In 2006 Joseph joined IBM through the acquisition of Internet Security Systems. Before the acquisition he was heading the Israeli branch of ISS . As an X-Force Speaker Joseph is working with the research teams to provide to IBM customers the knowledge and tools to mitigate the emerging threats.

In 2009 Joseph took the role of the regional manager of ISS business in the Mediterranean. The main goal of the activity was to provide the infrastructure and support to the sales team and business partners in the region.

In 2011 Joseph was appointed as the pilot leader of the emerging new business unit for the Mediterranean region. The main objective of the role was to augment the activities of the fragmented offerings within GBS, GTS and the products brands in IBM to larger solutions.

After the formation of the new IBM Security Business Unit in 2012. Joseph was appointed as the business development leader for Europe where he contributed to IBM’s security solutions by adding to various industries including the cars manufacturing, banking, insurance and more. Security within the design of the solution. Based on the KPI’s of the different organizations.

Since 2014 Joseph is leading the global activity of the X-Force and Infrastructure Segment. Today the X-Force Threat Intelligence and GDPR products. During the past couple of years Joseph is focusing in the machine learning and automations of tools within the cyber security space.

Joseph was part of the Institute for National Security Studies, Cyber Program and is working with Tel-Aviv University in the Cyber Warfare and IT Security programs.