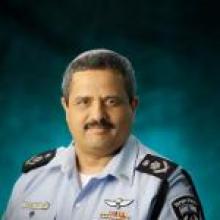 Roni Alsheikh is the General Commissioner of the Israel Police. His military service began in the Demolition Platoon of the IDF's Paratroopers Brigade. He was later promoted to be the Commander of this unit. His last IDF position was Deputy Battalion Commander in the Paratroopers Brigade. Following his retirement from the IDF in 1988, he enlisted to the Israel Security Agency (ISA) as an interrogator. From 2000 to 2012, he headed several districts within the ISA. He was later appointed Chief of Staff and Deputy Head of the ISA. Since 2015, he is the Israel Police Commissioner. Commissioner Alsheikh holds an M.A in Political Science from Tel Aviv University.