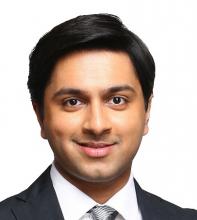 Saket is the CEO & Co-founder of Lucideus Inc., a cyber security platform and services company. A computer science engineer by education, he started Lucideus in 2012. Over the last 5 years, Saket along with his team have been instrumental in providing digital risk management services to multiple Fortune 500 companies across the globe.

He and his team were responsible for the security assessment of the BHIM Application developed by the National Payments Corporation of India and launched by the Prime Minister of India, Sri Narendra Modi on the 31st December 2016.

Saket, over the years, has won multiple leadership and innovation centric awards. Few of them being:

Under Saket’s leadership, Lucideus has also been recognized with various awards across the globe. Some of them being:

He has been invited to address the boards and leadership teams of multiple Fortune 500 companies including Citigroup, HSBC, Visa, McKinsey & Company among others.