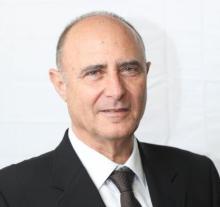 Shahar Ayalon is the current CEO of Israel Railways Ltd.

Under his leadership, the company is engaged in several strategic projects, including the fast line to Jerusalem, and the rail electrification project.

Mr. Ayalon served as the Israeli Fire and Rescue Commissioner (2011-2016), and before that served for over then 30 years in the Israeli Police force, in a number of key roles. These included the Deputy Police Commissioner and the Commander of the Tel Aviv District.