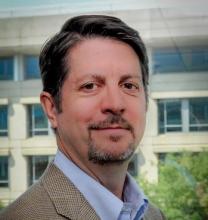 Tony Cole, FireEye Vice President and Global Government CTO, assists government agencies, corporations and companies around the globe in understanding today’s advanced threats and their potential impact. He provides feedback to FireEye on cyber security requirements for products and services through discussions with C-level executives and monitoring the security landscape.

Prior to joining FireEye, Mr. Cole held executive positions at McAfee and Symantec in Consulting and Program Development. Mr. Cole, who is retired from the U.S. Army, has over 30 years’ experience in communications, intelligence, cryptography and a variety of IT and security environments. His last military assignment was as the technical operations manager for Network Security Services at the Pentagon.

He previously advised investment and venture capital firms on security technology on Wall Street and was on the advisory board for Secure Elements prior to its sale to Fortinet. Mr. Cole has advised the U.S. government and its allies on security matters by invitation through panels, groups, and advisory councils many times, and he has served on the President’s NSTAC IoT security subcommittee. He serves on the Federal Communications Commission’s (FCC) Communications Security, Reliability and Interoperability Council (CSRIC-V) to provide recommendations on optimal security for the telecommunications infrastructure. He is a former president of the Information systems Security Association — District of Columbia.

Mr. Cole speaks at security conferences across the globe and has been a contributing author to the SANS Institutes’ publications and classes. He’s been featured online and on TV and radio, with media organizations such as CNN, BBC, Politico, the Hill, Washington Business Journal, Federal Computer Week, ABC, and the Washington Times.

In 2014, he received the Government Computer News Industry IT Executive of the Year award, and in 2015 he was inducted into the Wash 100 by Executive Mosaic as one of the most influential executives impacting Government. He’s currently a Fellow at the Aspen Institute and at the Institute for Critical Infrastructure Technology (ICIT). Mr. Cole is also a volunteer member of the WhiteHat USA Board, a charity benefiting Children’s National Medical Center.

He has a bachelor’s degree in computer networking and is a certified information systems security Professional (CISSP).