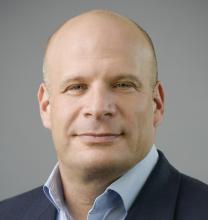 Uri Levy is the vice president of worldwide channels at Skybox Security where he leads the growth of the company’s global reseller network, overseeing managed security service provider (MSSP) and system integrator (SI) initiatives. He has served various roles at Skybox, and has been instrumental at developing business in key markets. Over the last decade, Levy has built and managed leading network security integrators such as CA and NetCom Systems, consistently achieving sustained growth and brand leadership for their products and services. He also served as vice president of sales and marketing at Xpert Integrated Systems. Levy earned his Bachelor of Science in Computer Science from the Interdisciplinary Centre (IDC) in Herzliya and Executive MBA from Tel Aviv University.