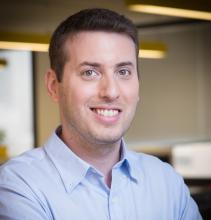 Yair Amit is Vice President of Modern OS Security at Symantec. He joined Symantec through the acquisition of Skycure, which he co-founded. Mr. Amit has been active in the security industry for the past 15 years; his research is regularly covered by media-outlets, presented in security conferences around the world and have yielded dozens of patents. Prior to founding Skycure, Yair managed the Application Security and Research Group at IBM, to which he joined through the acquisition of Watchfire. In his role, Yair led the research and implementation of IBM’s application security next-generation technology. Mr. Amit holds a BSc, summa cum laude, from Tel Aviv University in Bioinformatics.