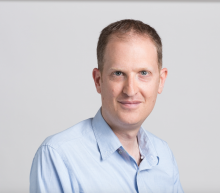 Yair joined Pitango in April 2017. He is focused on early stage investments including deal sourcing, screening, due diligence and business development.

Prior to Pitango, Yair worked at IBM in NY, focusing on Strategy and M&A. During his tenure at IBM, Yair was a Program Director at IBM Security, responsible on IBM's strategic growth initiatives in cyber security. Previously, Yair was a member IBM's Corporate Development team, where he worked on corporate wide strategic initiatives and M&A transactions.

Before then, Yair worked as a consultant at McKinsey & Co. where he focused on growth and M&A strategy in tech, media and telecom.

In addition, Yair served as a senior officer (Lt. Colonel equiv.) at the Israeli Prime Minister’s, responsible on R&D of advanced Hardware and Software.

Yair holds a B.Sc. in Electronics Engineering with honors from University of Tel Aviv and an MBA from Wharton, University of Pennsylvania.