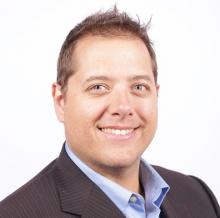 Yaron Vorona is CEO of Iota Security, a company focused on preventing cybercrime on mobile and IoT devices. He is also a founder of the Deep Defense Network, an ecosystem that detects cyberattacks against Mobile and Internet of Things (IoT) devices using a highly scalable distributed Artificial Intelligence (AI) system, and creates a powerful economic incentive for participants to adopt better security. Yaron is a an experienced strategist and public speaker in the areas of cybersecurity, resource security, and blockchain.

Yaron’s personal and professional business mission is to make the world more secure by allowing people, organizations and governments to safely realize the benefits of emerging technologies. Yaron also advises growing companies in the technology and materials industries.

Prior to founding Iota Security, Yaron worked as an EIR at a think tank working on energy and security policy issues, where he engaged on a project with NATO on the risks to critical infrastructure. Before that, he held a variety of corporate development and consulting roles with technology companies in the UK, Qatar and China.

Yaron holds an MBA in Entrepreneurship from the London Business School (UK), and a BSc. in Physics and Business from the University of Waterloo (Canada). Yaron has lived and worked in Asia, Europe, the Middle East, Africa and North America. He currently resides in Toronto, Canada with his growing family.