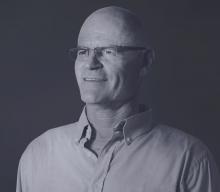 As CEO of Perception Point, Yoram leads the company’s growth, strategy and management.

Previously, he was CEO of Redbend. Under his leadership Redbend became the leader in Mobile Software Management with 71% share, 1.5B+ Red Bend-Enabled™ devices and 80 customers, including 10 of the top mobile phone manufacturers.  In 2015, Redbend was sold for $200M to Harman.

Prior to that, Salinger was CEO of Netgame, a leading provider of programmable broadband technology. As COO of Algorithm Research, a leader in security solutions for e-business applications, he headed marketing and sales for Europe and the Far East.