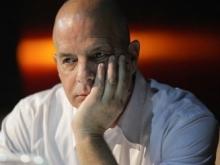 Yuval Diskin is the past Head of the Israel Security Agency which he headed for six years from 2005 – 2011. He joined the ISA in 1978 and served for 33 years. The ISA is accountable directly to the Prime Minister, and during his period as ISA director Diskin served under Prime Minister Ariel Sharon, under Prime Minister Ehud Olmert, and under Prime Minister Benjamin Netanyahu. In his position as ISA director, Diskin shared the responsibility of advising on and designing the nation's policies on security at government executive levels. Due to many years of expertise in the Israeli - Palestinian conflict, Diskin served periodically as a special envoy on behalf of various Prime Ministers to the Palestinians leadership. Diskin's overall responsibility as the Head of the Israel Security Agency, included aspects of protecting and defending against terrorism, counter-intelligence, protecting the state secrets, Israel's aviation security, VIP protection, and protecting the nation's critical cyber and computer-dependent infrastructure facilities from computer-based attacks and destruction. After retiring, Diskin started a new career in the high-tech sector focusing on Cyber Security. In September 2016, together with his two partners Tsafrir Kats and Tamir Bechor, and Volkswagen Group (VW-AG), he co-founded CyMotive Technologies Ltd. and CyMotive Technologies Gmbh, a Cyber Security firm for the Automotive Industry. The companies are providing End to End Cyber-Security Products, Solutions, and Cyber-Security Engineering Life Cycle Services, for the Connected car, Electrical car, and the Driverless car.